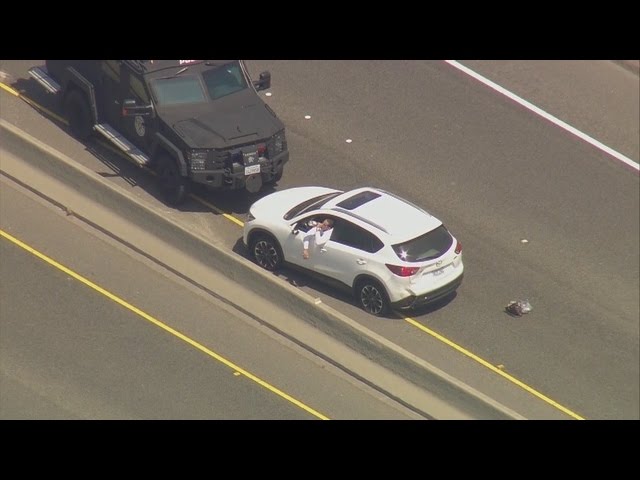 A Waterloo man is in the Buchanan County Jail after stealing a car and leading police on a chase near rural Jesup.

At approximately 9:13 am, a second caller from the 2000 block of Carter Avenue in rural Jesup, approximately 1 mile away, reported that someone had just stolen his Chevrolet S10 out of his driveway. A bicycle was later found near where this vehicle was stolen.

Law Enforcement in the area located the stolen Chevrolet S10 and attempted to stop it. The driver attempted to elude law enforcement and a chase ensued. The incident concluded at the intersection of Independence Avenue and South Canfield Road in Black Hawk County when the driver struck a Buchanan County Sheriff’s Office patrol car.

A short standoff took place after the driver displayed what appeared to be a firearm, but he was ultimately taken into custody without further incident.

The driver was identified as Cody Leroy Doland, 25, of Waterloo. Doland was transported to Allen Hospital in Waterloo for evaluation after ingesting an unknown substance and was held pending a medical evaluation and mental committal.