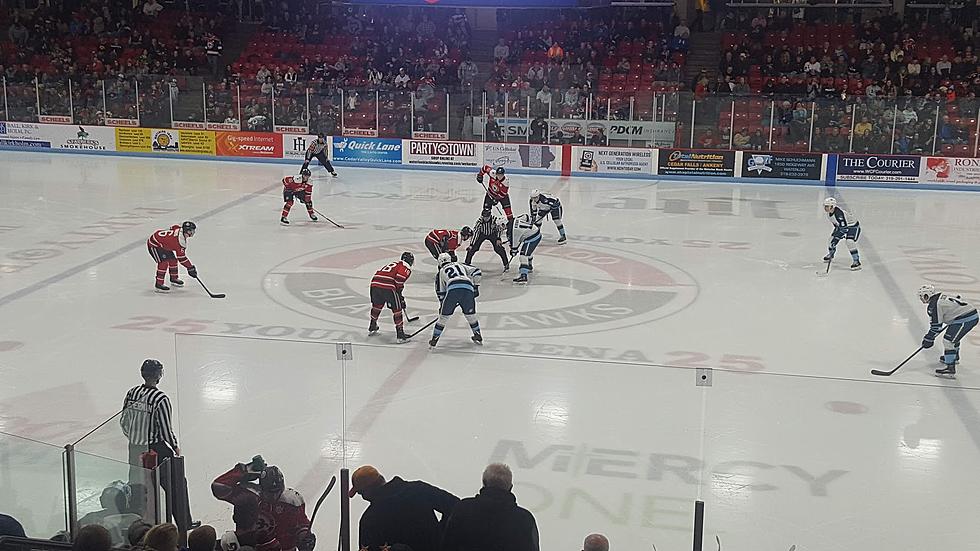 Everything is running about a six weeks late, but the good news is the beginning of the USHL hockey season is planned to start up in early November.

Black Hawks fans are getting excited to hear their favorite words, “It’s hockey time in Party Town!” The Black Hawks get the 2020/21 United States Hockey League season going on Friday, November 6th, versus the Omaha Lancers at home, in the friendly confines of Young Arena.

A week and a half ago it was announced that Cedar Rapids RoughRiders and Madison Capitols will not play this season due to derecho storm damage to their arena and county coronavirus restriction rules, respectively. Each USHL team will play a 54-game slate, featuring 27 home games. Now the big news, the Black Hawks games at Young Arena will be played in front of fans. However, according to the team’s press release, “specific details about arena capacity, seating section maps, and COVID-19 mitigation procedures are still being finalized with the Black Hawk County Health Department and the City of Waterloo.” As of right now, to be in compliance with the City of Waterloo’s mask proclamation face coverings will be required to attend Black Hawks games.

Additionally, until building capacity questions have been resolved, season ticket sales for 2020/21 have been temporarily halted. The number of fans allowed to attend will also impact single-game ticket sales, among other related issues. Black Hawks fans will be happy to hear that a couple of traditional games will continue with a Thanksgiving evening match-up versus the Dubuque Fighting Saints and a New Year’s Eve game against the Des Moines Buccaneers.