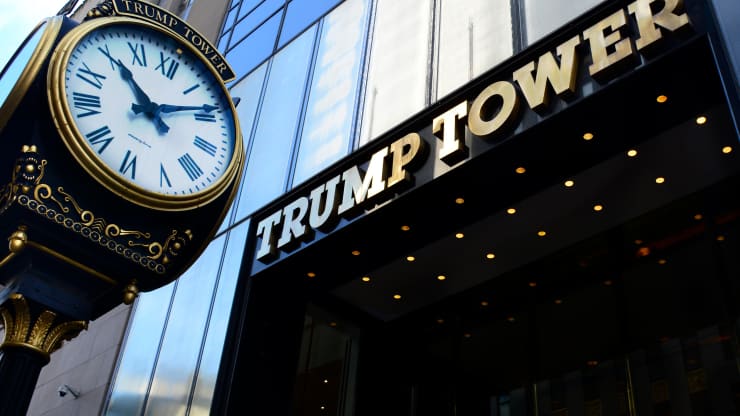 Following months of litigation between the Small Business Administration and news organizations seeking data about who benefited from pandemic relief programs, the agency on Tuesday night released a sweeping dataset of every small business that received a Paycheck Protection Program (PPP) or Economic Injury Disaster (EIDL) loan.

The data reveals the most complete accounting to date of the more than $700 billion in forgivable loans Congress and the Trump administration introduced in the spring for allowable expenses, including payroll, rent, utilities, and mortgage interest payments.

An initial analysis by NBC News, one of 11 newsrooms that sued for the data’s release, raised questions about the equitability and distribution of the loans. Properties owned by the Trump Organization as well as President Donald Trump’s son-in-law Jared Kushner’s family at the Kushner Companies profited from the program. The data shows:

There were also some troubling signs of mismanagement revealed in Tuesday evening’s data release. Over 100 loans were made to companies where no business name was listed, were listed as “no name available” or showed potential data entry errors, such as names that appeared to be dates or phone numbers. More than 300 companies appear each to have gotten more than $10 million in loans through their subsidiaries. Businesses were not supposed to receive more than $10 million per entity, except for those in the food, hospitality or hotels industries.

“Many months and broken promises later, the court-ordered release of this crucial data while the Trump administration is one foot out the door is a shameful dereliction of duty and flagrant mismanagement of a program that millions of workers and small businesses needed to get through this pandemic,” said Kyle Herrig, president of Accountable.US, an accountability watchdog in a statement.

The PPP programs’ original stated intent by officials was to help with payroll for small businesses struggling under the effects of coronavirus lockdown measures. The loans aimed to provide a bridge through the summer for what was hoped to be an improved economic and health climate in the fall.

But almost from the start, the programs, particularly PPP, drew criticism for how they were administered and messaged, and whether it was equitable.

Large national banks initially only gave loans to customers with whom they had pre-existing lending relationships. Businesses owned by people of color without strong banking relationships found themselves with limited access and forced them to find other routes for funding. There was also the persistent question of what defined a “small business,” after lobbying by the hotel and restaurant industry ballooned the maximum number of employees allowable to 500, even though over 98 percent of the small businesses in America have fewer than 100 employees.

The administration tried to address the complaints, such as setting aside a day just for smaller community banks to apply for loans. But even that overwhelmed SBA computer systems. These controversies all increased the pressure for transparency.

But in contrast to previous government bailout programs, the agency previously released less detailed versions that it said for privacy reasons omitted the business names and addresses of borrowers who borrowed less than $150,000. And instead of specific loan amounts, loans were listed in ranges.

The SBA defended its handling of the program when it released its data on Tuesday evening.

“SBA’s historically successful Covid relief loan programs have helped millions of small businesses and tens of millions of American workers when they needed it most,” an SBA spokesman said in a statement accompanying the release.

But as government accountability groups sifted through the data late into the night and uploaded them to publicly searchable databases like SearchPPP.com, they expressed remorse about what has happened to so many small businesses partly from mismanagement of the loan program.

“Only now — after its hand has been forced, hundreds of thousands of small businesses have gone under, and millions of taxpayer dollars were wasted — has this administration pulled back the curtains to reveal the malpractice going on behind the scenes,” Herrig said. “Americans deserved an open, transparent small business aid program when this pandemic started, and any new small business relief program must take a lesson from the abject failures of this one.”

10 Ways You Can Help Small Businesses This Holiday Season