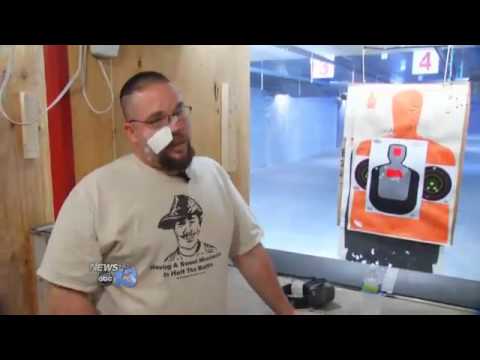 One person was injured in a shooting accident at a gun range over the weekend, according to the Waterloo Cedar Falls Courier. The man, whose name is unknown, was moving firearms at the the Black Hawk County Park shooting range when he apparently dropped a bag containing a handgun. The gun fired on impact, hitting the man in the leg. He was taken to the hospital for treatment of his injury. He is expected to fully recover.