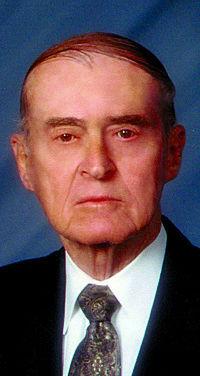 A former City Council member who spent more than two decades in elected office has died.

Stan Smith died Wednesday at age 90, according to Cedar Falls officials. The Courier has not received an obituary, but initially learned of the death through a Facebook post from the mayor.

As a council member, he routinely questioned staff members for more information on details of city business. Smith was often outspoken and known as being a stickler for details.

Former council member Dave Wieland learned that well before either he or Smith served in elected office. They met six decades ago at Chamberlain Manufacturing in Waterloo, where Smith was a tech writer and Wieland was a pre-engineering college student employed for the summer. By the time Smith retired, he was a marketing manager for the company.

“He was always outspoken, he’s been that way his whole life,” said Wieland, who served with Smith during part of his second council stint. “I enjoyed working with him.”