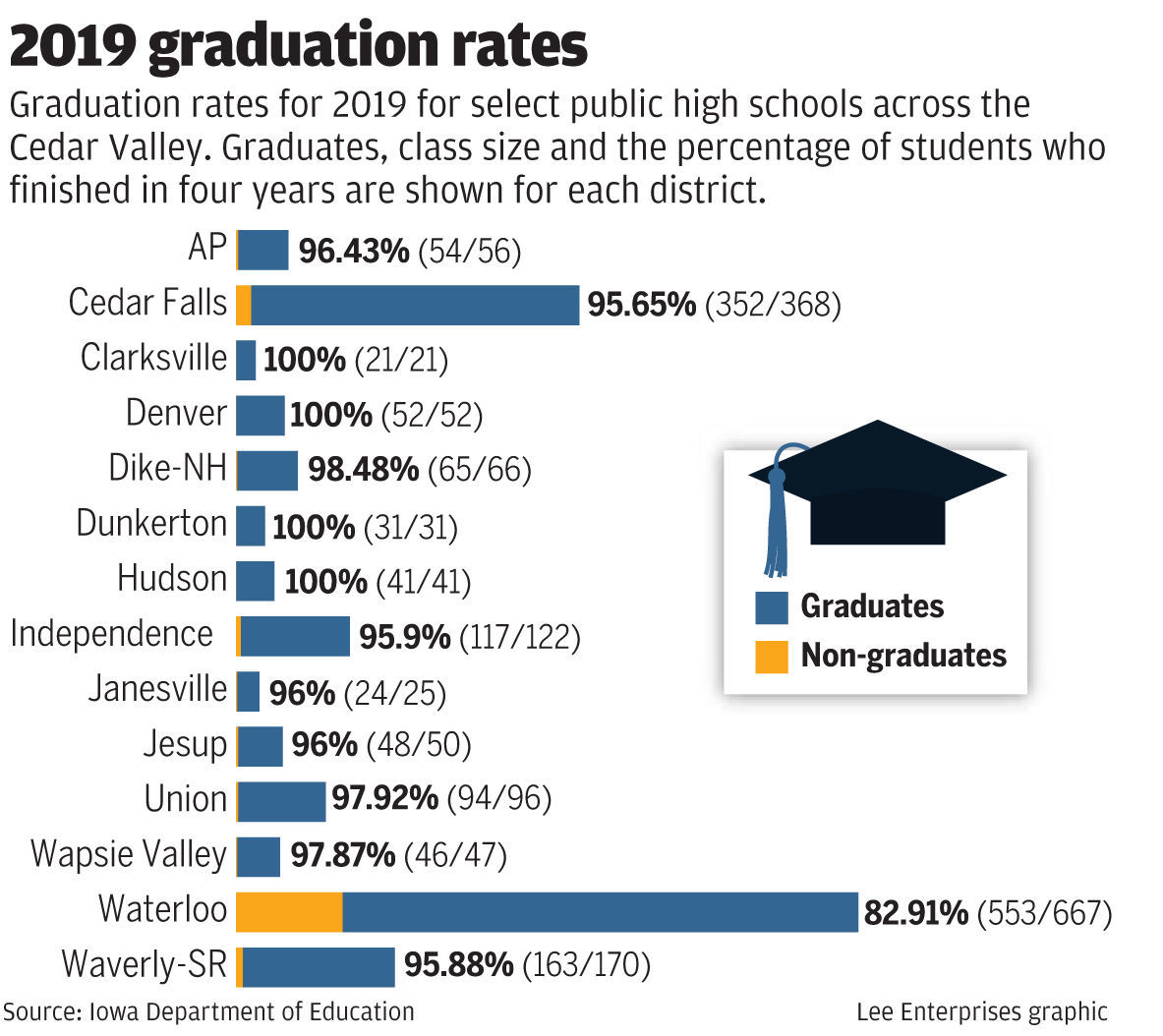 The news comes this week as the state announced Iowa’s high school graduation rate, which climbed to a record high of 91.6% in the 2018-19 school year, according to the Iowa Department of Education. The department said the class of 2019 figure was up two-tenths of a percentage point from the 91.4% in the class of 2018.

“While trends are never completely linear, this year’s scores are more evidence of our rising graduation rate trend,” said Waterloo Schools Superintendent Jane Lindaman. “And we are proud our graduation rates from our two comprehensive high schools, East and West, exceeded the state’s average graduation rate of 91.6%.”

“Our work has been intentional, and we believe it directly reflects the work we are doing around early identification of needs and increased opportunities for students, like that at the Waterloo Career Center,” Lindaman said. “We also are thrilled our five-year graduation rate is on the rise, with rates from the past two years being the highest in our history at nearly 88%, nearly the Iowa average.

The same pattern is occurring in Cedar Falls.

In Cedar Falls, 352 seniors graduated last spring out of 368 students at the school who were freshman four years earlier.

“The four-year graduation decreased some, mainly due to some students needing additional time for them to show mastery in our essential skills/graduation requirements,” said Cedar Falls Schools Superintendent Andy Pattee. “When we review the five-year graduation rate, as some students need additional time to meet the graduation requirements and to be college and career ready, the rate is 98.56%.”
The combined class of 2019 for East, Expo and West high schools in Waterloo included 667 students who started four years earlier as freshman. Of that total, 553 graduated last spring.

The majority of other public high schools across the Cedar Valley saw an increase in graduation rates, and many were near or above the state average. Clarksville, Dunkerton and Hudson saw 100% of their seniors graduate last spring. Of those schools, Dunkerton achieved the highest increase at 7.69% from the previous year. Clarskville High School’s graduation rate of 95.45% rose 4.55%, and Hudson High School’s rate of 97.73% rose 2.27%.