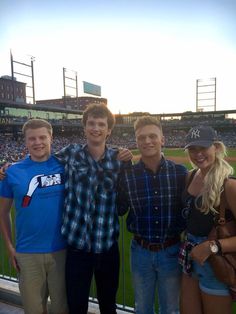 The status of the Waterloo Black Hawks annual Thanksgiving eve game is very much in doubt, leaving a chance that this could be one of the rare occasions over the past 50+ years, that this game won’t be played.

On Monday night, Iowa Governor Kim Reynolds ordered a state-wide mask mandate along with new restrictions to help stop the virus from spreading. Reynolds placed limits on indoor social, community, business and leisure gatherings or events to 15 people and ordered outdoor gatherings to be limited to 30 people. However, she added an exception of high school, collegiate and professional sports, and all organized youth and adult sports activities of any size are suspended. This is where the Black Hawks fall into a “gray area”. USHL hockey teams are made up largely of players in high school, but they’re not a high school team. They’re not professional either, as the players are not paid. That being said, the Black Hawks are a business and that puts them in a very unique situation compared to any city-run recreational league.

After having their first two home games postponed due to the high rate of infection in Black Hawk county, the team played two road games at Sioux City over the weekend and are slated to play at Lincoln and Des Moines this weekend. After that, Waterloo has home games scheduled for Wednesday, November 25th versus the Lincoln Stars and Thursday, November 26th versus the Dubuque Fighting Saints.

“The Black Hawks organization is reaching out to Iowa Governor Kim Reynolds for guidance regarding the implications of her new COVID-19 proclamation announced Monday.  Since junior hockey is a unique classification which does not have an obvious parallel in other sports, we believe it is best to seek specific and direct clarification about the governor’s intent.”

In the meantime, the Black Hawks are delaying ticket sales for next week’s games, which had previously been planned to begin at 2pm today, (Wednesday, November 18th). At this time, a new on-sale schedule has yet to be determined. Keep up-to-date with this developing story and the Black Hawks all season long on our app, just click on the “CV Sports” tab.